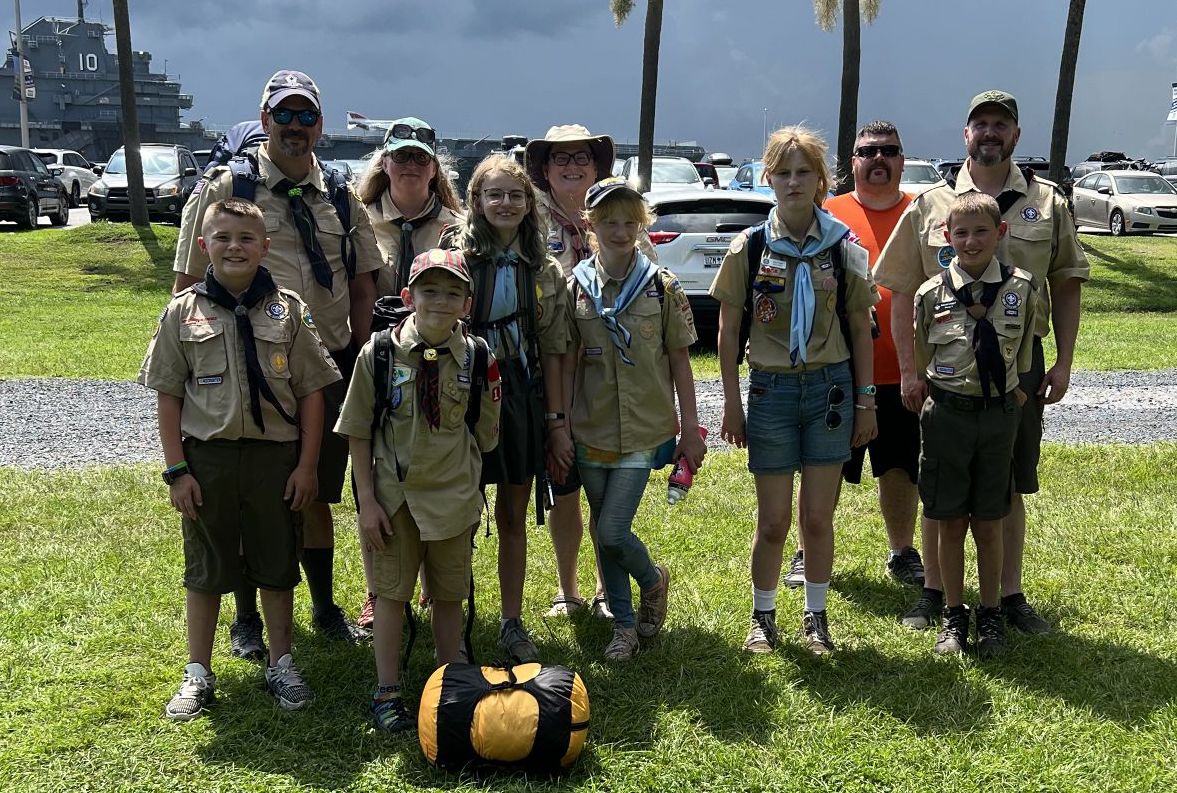 SM Amberleigh Powell had this to say:

Friday started off with an orientation to the ship and our sleeping quarters. After unloading our overnight supplies, and being shown around the berthing quarters and the head (aka the bathroom), we got a tour of the USS Yorktown (CV-10), a decommissioned aircraft carrier that is a member of the Essex class of carriers.  She was built during World War II, and was named after another USS Yorktown, which was sunk at the Battle of Midway. After 27 years of faithful service, The Fighting Lady, was decommissioned and declared a National Historic Landmark in 1986. Scouts had the opportunity to explore the ship at their leisure, and learn about naval history on their own. Many scouts used this time to explore the Medal of Honor Museum that is in the middle of the ship.

The next day, Saturday, the scouts participated in the “Live like a Sailor Program,” which included an in-depth tour of the USS Yorktown. During the tour, Scouts learned that the Yorktown is like a floating city. Everything that you could possibly need is available on the ship while the sailors are underway. Scouts learned that the Yorktown assisted with the recovery of the Apollo Eight astronauts, participated in multiple World War II conflicts, Korean War and Vietnam, and that she is a highly decorated naval vessel. Scouts also completed all of the tours aboard ship, learned about food preparation, uniform repair, medical and dental care, machinery shop and the aircraft that live on the very top deck of the ship.

In addition to the USS Yorktown, Scouts also visited the USS Laffey, (DD-724), an Allen M. Sumner-class destroyer, that was pressed into service in 1944 and decommissioned in 1975. “The Ship that Would Not Die,” withstood multiple assaults by bombers and the most unrelenting kamikaze air attack in US history.

During the battle of Okinawa the destroyer survived six kamikaze crashes and four bombs…amazing that the ship was still afloat for us to tour and hear her story.  Additionally, the scouts were able to walk through a replica Vietnam War Naval Support Camp.

The USS Laffey was named after Bartlett Laffey, who was awarded the Medal of Honor for his stand against Confederate forces on March 5, 1864. Laffey faithfully served during World War II, Korea and the Vietnam conflict.

The third and final ship that Scouts were able to view, but not visit, was the USS Clamagore (SS-343). Due to on-going renovation of the submarine, it is currently not part of the tour at Patriots Point, but it is viewable from the hull of the Yorktown. The Clamagore is important because it is the last surviving example of a GUPPY III type submarine, and an important piece of naval nuclear history. They are currently in the process of raising the funds to save the Clamagore.

All scouts and scouters who attended became “Honorary” members of the crew of the Yorktown, received t-shirts and patches. Some requirements towards the NOVA Shoot award were also earned. 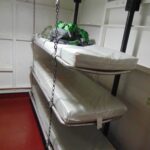 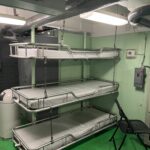 Group Outside of Patriots Point 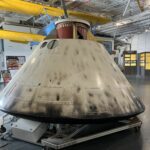 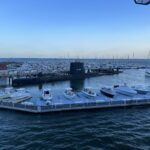 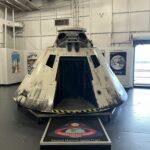 Connor and the USS Laffey Spotlight 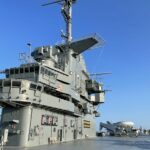 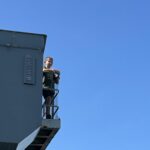 Nate on the lookout

Scouts in the Military Police jeep 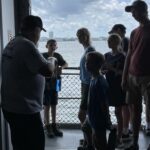 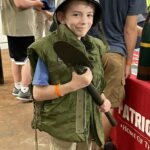 Henry with a shovel Georgie and Abbi on the sloped ship deck