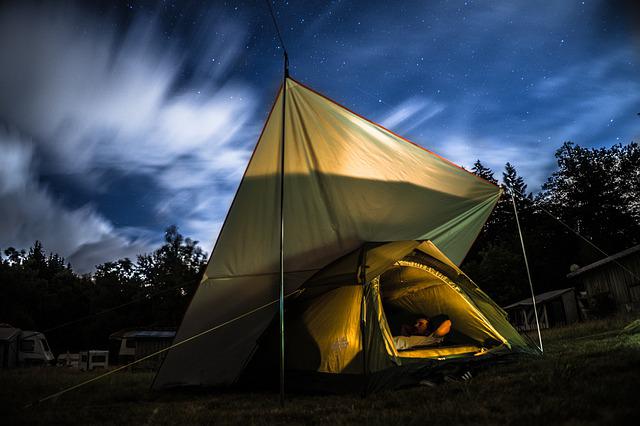 Did you know that June is National Camping Month?

While there was a time when ‘camping’ was just called ‘being alive’, that all changed in the 1800’s when a man named Thomas Hiram Holding began to popularize the idea of recreational camping. Camping was a part of his life introduced to him by the rigors of the Oregon Trail, and once he had settled it turned into a passion he pursued and introduced to others. Once camping in general had become popularized, Thomas went on to introduce the idea of Cycle Camping to the American world.

This is, quite simply, where you load up on a bike and ride until you find a spot to camp, get up the next day, and do it all over again.

What is likely the first commercial campground opened in Douglas, Isle of Man in 1894 and was called Cunningham’s Camp. From this point in history all sorts of new types of camping came into existence, from mere weekend family getaways, to RV camping, and everything in between.

Whether you’re looking for quiet spot in the woods or a multi-day hike, camping can be a blast! Simply put, go outside and have some fun! Talk to you Outdoor Activities Coordinator or check out the National Park Service for ideas and great camping suggestions.